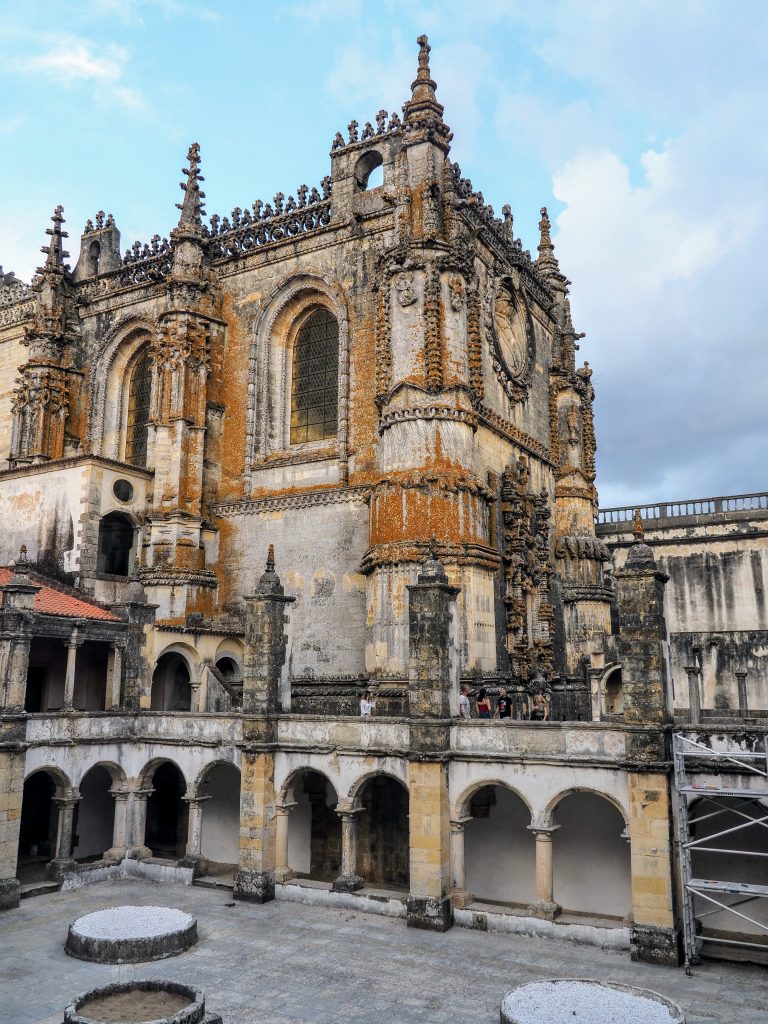 Our trip to Tomar and the Convent of Christ began in the early morning of what was the only rainy day during the whole Summer – which also happened to be my birthday – August the 29th. I must admit I wasn’t thrilled, but in Bulgaria in that case we believe, that the next year of one’s life will run smoothly like a river. So far, so good.

Our first stop was the Castle of Almourol. It’s a very picturesque and romantic fortress rising on an island in the middle of river Tejo. In low tide you can walk to it, during high tide, you can take the boat ride. There’s always a boat to bring you there during high season.

The origins of the castle are unknown to these days. In 1129 the castle already existed and it was called Almorolan. Under the ruling of the Knights Templar the castle was rebuilt and it still presents today the main artistic and architectural features of that time. The main door shows the date of the castle’s foundation: 1171. (source)

Next we headed to the the town of Tomar, known as the Templar town of Portugal. The Knights Templar received these lands in 1159 as a reward for the assistance they gave Dom Afonso Henriques (the First King of Portugal) in the Christian reconquest of the territory (source).

But with the constant threat of rain, we decided to wait a little and in the meantime try the local cuisine. I love travelling to less touristy places, because usually the price – quality ratio in the restaurants is incomparable to the big cities. For example I paid for my lamb chops, that I had hard time finishing about 8€. For the same dish in Lisbon or Porto I could have easily paid the double. And it was succulent and delicious. The fried potatoes were as supposed crispy, well seasoned and very spicy. Interesting and mouth burning choice. Therefore a refreshing dessert was in order.

After the restaurant we went for a walk in the park, just on the other side of the river. Looking toward the white buildings and the peacefulness that the water brought, I was suddenly reminded of Switzerland – the beauty and serenity of Tomar were comparable. Then we got lost in the back streets, that represent the typical Ribatejan and Portuguese architecture of white houses with windows and doors painted in yellow frames. We continued to the main square which was white washed and beautiful.

Our final stop was the Convent of Christ, a UNESCO World Heritage. I really wasn’t sure what to expect. From far the only thing that could be seen were the walls of a medieval castle, although it was called a convent.

When we entered the fortress walls, I was stunned. The tall beautiful round walls of the main church were revealing themselves to be a masterpiece. When we got closer to see the detailed works on the entrance door, I was amazed, too and I imagined that if on the outside the decor is so striking, the inside must be visit worthy.

And it was! Beautiful whitewashed patios, gorgeous tile work, very detailed Gothic ornaments. There weren’t crowds so we could really feel the calmness and the charging vibe of the Convent of Christ.

It’s quite a unique monument for the western culture, considering that it was the place that held meetings during which was decided the course of history of the whole world. Together with Prince Henry the Navigator, the Order of Christ began to prepare the Portuguese nation for the great enterprise of the maritime discoveries of the fifteenth and sixteenth centuries. (source). And we all know what followed. This makes the monument a must visit for history lovers.

After our surprisingly pleasant visit, we headed to our hotel for the night – Luz Houses. It was another amazing experience, for which I wrote a review here.

Tomar and The Convent of Christ 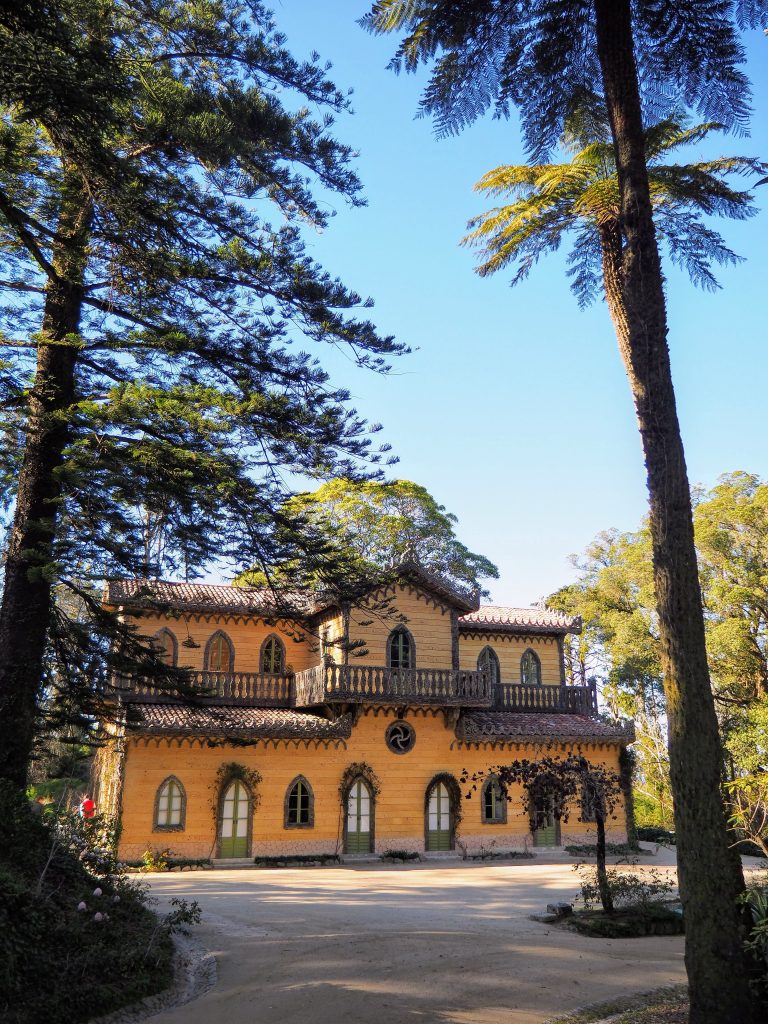 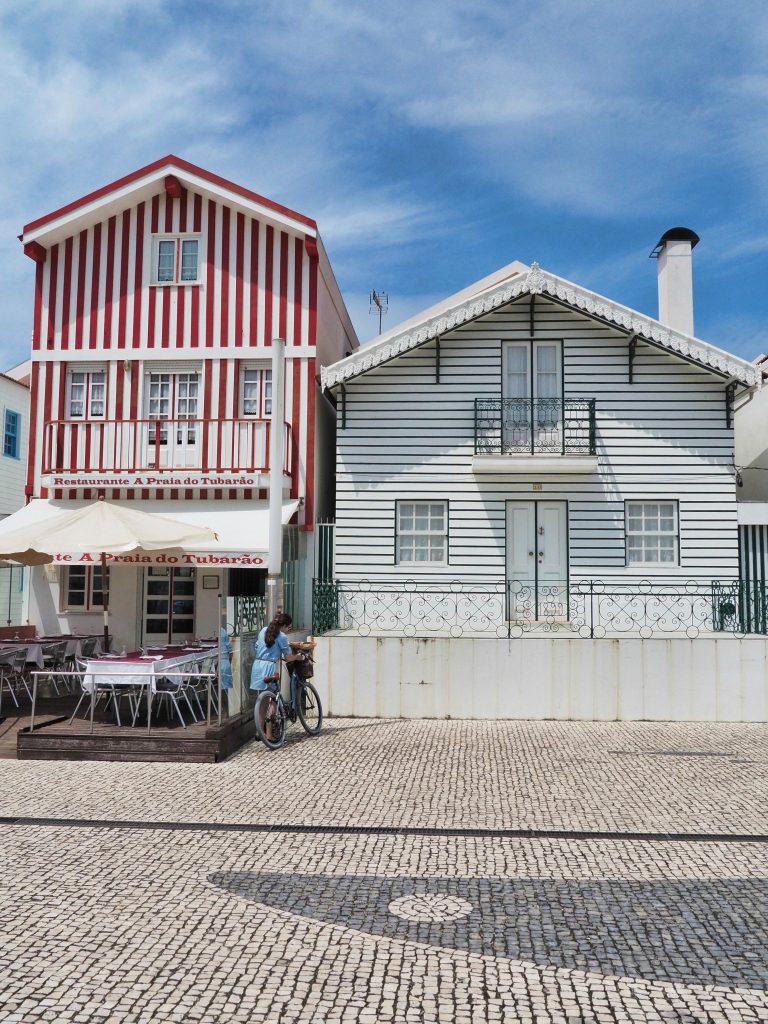